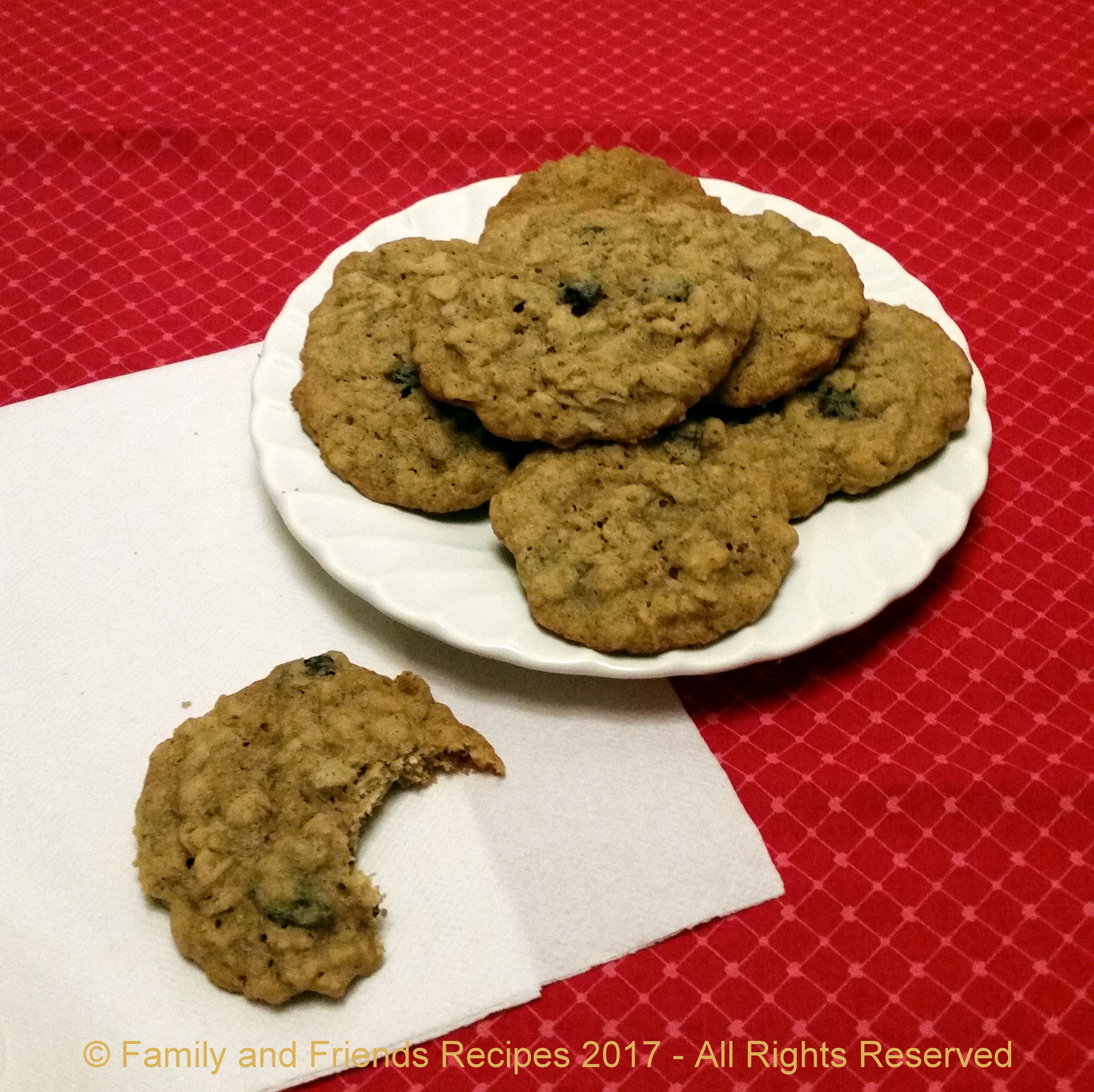 In large bowl, beat together butter and sugars with electric mixer until creamy.

Add eggs, one at a time, and vanilla; beat well.

Stir in oats and raisins; mix well with spoon.

Bake 10 to 12 minutes or until light golden brown.

Notes:
This is the recipe that used to be on the box of Quaker Oats Old Fashioned Oatmeal, called “Vanishing Oatmeal Cookies.” The new boxes have a recipe with different ingredient measurements.

Cranraisins can be substituted for the raisins, or you can use just ½ cup raisins and ½ cup cranraisins.

Sometimes I use 2 or 3 different types of raisins that altogether equal about 1 cup.

These cookies do well when drizzled with a simple sugar glaze: