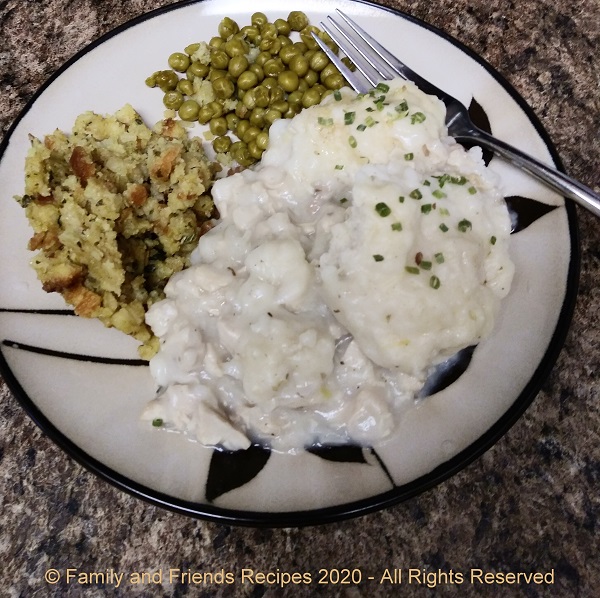 Preparation:
Put the Bisquick mix into a small bowl and use a spoon to make a well in the center. Slowly stir in the milk until a soft dough forms without any large lumps. A few small lumps are OK.

Sprinkle with the chives or parsley, if desired, and serve immediately.

A wide pot with tight fitting lid is essential for the proper steaming of the dumplings. I use a 5 quart chili pot and make sure that it is about half full of the stew or soup so that there is plenty of liquid to steam the dumplings without totally boiling away.