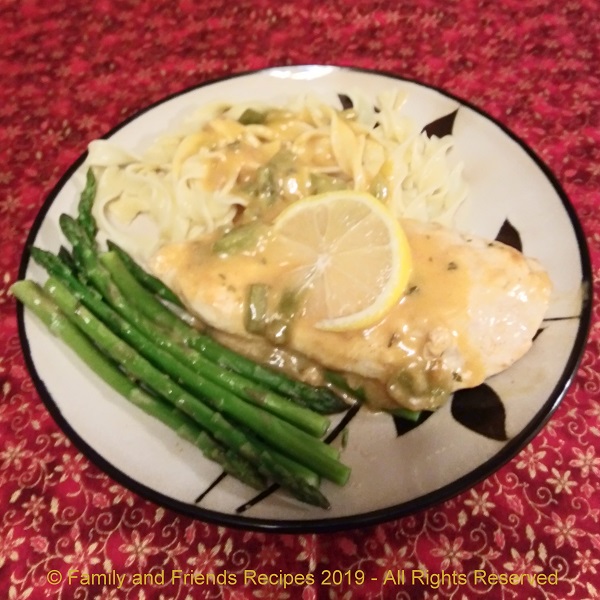 Cut the lemon in half and cut a thin slice off each half. Set the slices aside for garnish, and squeeze the lemon halves over a small bowl until you have about 1 Tablespoon of juice. Set aside.

In an 8″ nonstick skillet, heat the oil until a test drop of water sizzles (about 1 minute) and add the chicken. Cook over medium high heat for 6 minutes. Turn the chicken and cook an additional 4 minutes or until well browned on both sides. Remove chicken from skillet and set on a plate with a paper towel, to drain.

In the same skillet, combine the Cream of Chicken Soup, water, green pepper, parsley flakes, paprika and lemon juice. Bring to a boil and return the chicken to the skillet. Cover and reduce heat to low. Cook 5-10 minutes, depending upon how thick the chicken pieces are, stirring occasionally, until sauce has thickened and the chicken is cooked through. Serve with a lemon slice on top.

Notes:
Don’t throw out the remaining ½ can of soup. Use it in another new recipe, such as Crock Pot Ranch Pork Chops for Two.